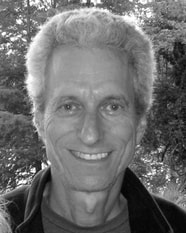 Pete Fine
Born in New York City and having grown up in the revolutionary 1960’s, Pete Fine started playing guitar at age 13 and started performing with progressive rock bands in 1966. In his late teens he discovered symphonic music, accidentally turning on a classical music radio station playing Bruckner’s 8th symphony, and was overwhelmed by its depth of emotion, tone color, and power. Taking the subway to Lincoln Center and borrowing orchestral scores, Pete taught himself to score for orchestra and produced and recorded a suite for 12 string guitar and chamber orchestra in 1972. Upon moving to Tucson a year later, he continued to compose and has had 2 concerti for electric guitar performed in Arizona and Brazil. (László Veres and the Tucson Pops performed his 1st Concerto several years ago as well). In addition, Pete has had performances of his tone poems One Day in September, Landscapes (recorded by the Southern Arizona Symphona under Linus Lerner), a Symphony for String Orchestra, and recorded 2 string quartets with members of the Tucson Symphony. He has also composed 5 symphonies which are as yet unperformed. Pete continues to perform on electric guitar, having just finished a ten-year run with the Led Zeppelin tribute band, Whole Lotta Zep and now performing his own progressive rock compositions with Beyond Words. Besides being a virtuoso guitarist, Pete has studied and performed music of North India on sitar.