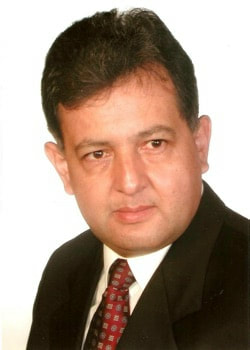 David Hernandez Breton is currently the Conductor of the Sonora Philharmonic in Mexico. He has ventured into all areas of the musical profession: as a soloist performer, an educator, a concert performer, a jazz musician, and a conductor. His wide experience and repertoire ranges from the baroque, to the avant-garde of our time. As well as being highly accomplished in opera, ballet and oratory, he also has a sensitivity to popular music. His baton has led him to direct orchestras in Mexico, Europe, Asia, Latin America and the United States and has worked with artists such as Placido Domingo, Ana Maria Martinez, Elena Garrancha, Rolando Villazon, Arturo Chacon, Alexis Weissenberg, among others.
​
Maestro Breton graduated in Orchestra Conducting and Composition from the École Normal de Musique de Paris, studying under teachers such as Dominique Rouits, Francis Bayer and Gunther Schuller. His academic training also includes the National Conservatory of Mexico, the Sofia Conservatory in Bulgaria, the École Normal de Paris and the Karajan Academy in Berlin.