Tell us what you thought of Jonathan Merrill 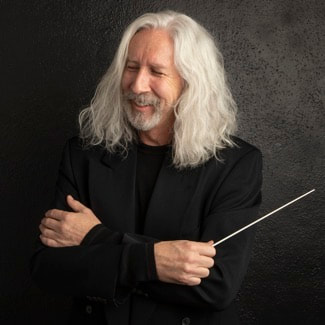 Jonathan Merrill is a highly versatile conductor, having performed with a variety of artists ranging from Elton John on the MTV Awards to the Kansas City Civic Orchestra. He frequently conducts studio orchestras for film/television scores, video games, and CDs. His conducting has been featured on camera with Guns ’N Roses and in numerous commercials, including Infiniti and NFL.
Mr. Merrill is also an accomplished composer, arranger, and producer and has written and conducted the music for over 300 commercials, winning a Clio for his work. He has contributed music to hundreds of TV episodes, and has produced CDs for many independent pop, rock, and jazz artists.

As a professional vocalist, Merrill has performed with Gustavo Dudamel and the Los Angeles Philharmonic, “The Nightmare Before Christmas—Live” at the Hollywood Bowl, and on the scores for numerous films.
​
Merrill is the Instructor of Orchestral Conducting for the UCLA Extension Film Scoring program and has led seminars for the Eastman School of Music and the Society of Composers and Lyricists. He has taught classes in the Business of Music, as well as the use of Computers in Music, at California Polytechnic University, and is a regular guest lecturer at several universities in Los Angeles. Mr. Merrill earned a Master's degree in Composition from the University of Southern California Thornton School of Music, where he studied with Morten Lauridsen. 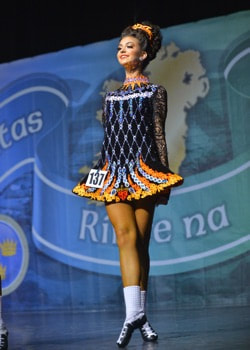 Meghan Clair Crownhart is a senior at Salpointe Catholic High School. She is a member of the Salpointe Robotics Club and the Assisteens of Tucson. Soccer and volleyball were both played through middle school but her first love has always been dance.
​
Meghan’s grandparents were both raised in Sligo Ireland and Meghan asked to begin Irish Dance while she was in kindergarten.
​
Meghan began competing in first grade and reached the level of Open Champion in 2012. She has competed on the Regional, National and World Level.
​ 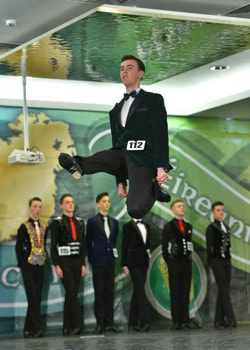 Liam Boyd is a junior at Catalina Foothills High School. He is an open champion Irish Dancer and is currently ranked 17th in the world in his age group. He has danced since the age of 4 and has performed widely in the U.S. as well as Ireland, Canada, Great Britain, Scotland, Switzerland, Germany, Austria, and Australia.

Liam has also been a member of the Tucson Arizona Boys Chorus since second grade and currently sings in their young mens ensemble. He has had many amazing experiences including the opportunity to perform as a soloist with the Tucson Symphony Orchestra, the Arizona Opera, the Tempe Arizona Wind Symphony, the University of Arizona Wind Ensemble and Choirs, Catalina United Methodist Choir, and the Arizona Choral Society. He hopes to one day perform on Broadway.
​
Both Meghan and Liam have danced for over thirteen years for the Celtic Step Academy of Dance under teachers Christopher McGrory, ADCRG and Rosemary Browne, MD, TCRG. 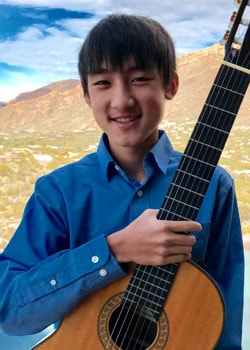 Ryan Chen is a junior at Catalina Foothills High School. He began studying classical guitar at the age of 6.

I​n 2016, he was a prize winner at the Guitar Foundation of America International Youth Competition. In 2017, he was a state soloist in the AMEA All-State Festival of Performance, and performed in “Trilogy: Award Winning Guitarists”, at DesertView Performing Arts Center. In 2018, Ryan participated in the NAfME All-National Honor Guitar Ensemble. He also performed in “Sundays in the Garden” Fall Concert Series at Tohono Chul and in Arizona Symphonic Winds Veteran’s Day Concert. More recently, Ryan was a guest artist at the 2019 Tucson Philharmonia Youth Orchestra Artist Spotlight Concert and is the 2019 Senior Strings division winner in the Civic Orchestra of Tucson Young Artist Competition.
​
Ryan has had the privilege of playing in Master Classes with David Russell, Sergio & Odair Assad, Judicael Perroy, Jeremy Jouve, and others. He is a student of Professor Tom Patterson, Director of the Bolton Classical Guitar Studies Program at the University of Arizona.