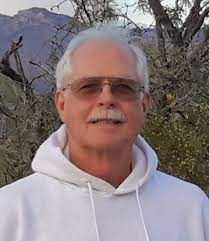 Bob Atwell
Bob Atwell was born and raised in Newton Massachusetts.  He was initially a music education major at the Berklee College of Music in Boston and studied composition with Paul Schmeling and John Bavicchi. He also got a little help and guidance from Newton Wayland (arranger for the Boston Pops), Joe Raposo (composer of the Sesame Street theme) and Gunther Schuller (Pulitzer Prize winning composer). Finding music to be a very non-lucrative career, Mr. Atwell went back to school to study electrical engineering and has since had a very rewarding career as an analog integrated circuit designer.  A few years ago (nearing retirement), he decided to learn clarinet and start composing again. Bob is now studying composition at the University of Arizona with Daniel Asia and Kay He. 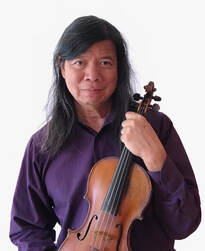 Michael Fan
You know Michael as Concertmaster of the Tucson Pops, but he also composes pieces for children that incorporate original music with re-imagined classics and original stories. Goldilocks, The Ugly Duckling, and The Princess and the Frog have been performed as ballets by Dance Southwest. Dr. Solara and The Fossil Fools and Phoebe the Photon were featured at the Aspen Science Festival. The Little Fiddle, written for the TSO Piano Trio, is available on the album, New Kids Classics, along with Beethoven’s Mouse. Other composing projects include film music for the eco-western Patagonia Treasure Trail. Michael plays music in a wide variety of genres, including klezmer, tango, and jazz. In 2019, he performed as part of the Tucson Jazz Festival with the band No Fiction and for the 50th anniversary celebration of the honky-tonk band Dusty Chaps. We are proud to have such an outstanding and versatile musician as our Concertmaster! 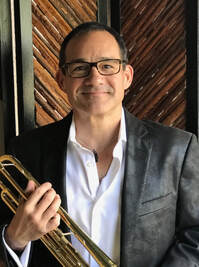 Carder studied at the Interlochen Arts Academy and Banff Center for the Arts and received his Bachelor’s and Master’s degrees in Studio Music and Jazz at the University of Miami in Coral Gables, Florida.  He is a member of the International Trumpet Guild and the Historic Brass Society, and currently holds a position as an Assistant Professor of Trumpet at the Fred Fox School of Music.