Did you attend the Tucson Pops concert on Sunday, September 12th? Click here to take a 2 minute survey to tell us what you thought of Maestro Tagawa. We appreciate you taking the time to share your opinion! 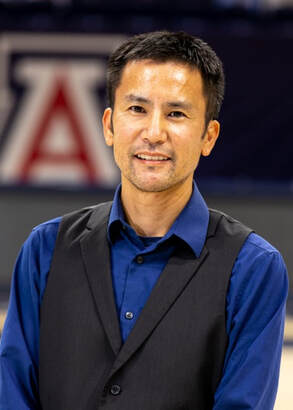 Toru Tagawa has been the Music Director and Conductor of the Tucson Repertory Orchestra since 2011. Toru is also the Artistic Director and conductor of the Sierra Vista Symphony from the 2016-2017 season. In July 2019, the Tucson Repertory Orchestra toured Japan, performing in Osaka, Nagoya, Hiroshima and Okayama prefectures. He has been the Orchestra Director at Canyon del Oro High School since 2008, and under his direction, the orchestra performed at Carnegie Hall in 2017. His conducting teachers include Thomas Cockrell, Charles Bontrager, Jung-Ho Pak, Maurice Peress and Sandra Dackow. He has participated in conducting workshops at the Juilliard School of Music, and the Queens College, Symposiums in Boston and Chicago and is a member of the Conductors Guild. He was one of the finalists in the American Prize 2014 as a conductor in the community orchestra division. He is the past-president for the American String Teachers Association of Arizona.

Toru, from Hiroshima, Japan, started playing the violin at age 6, and joined the Kurashiki Junior Philharmonic Orchestra at age 9. He received his Violin Performance degrees from the University of Tulsa (BM) and the Florida State University (MM), and a Music Education degree (MME) from the University of Arizona. His main violin teachers include Steven Moeckel, Gary Kosloski, Eliot Chapo, Derry Deane, and Mikio Ejima. 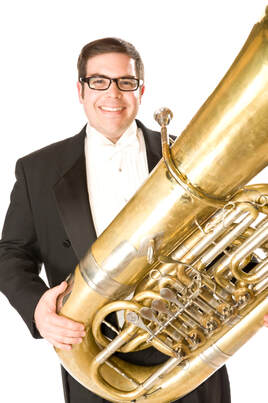 David Morgan has been Principal Tuba of the Tucson Symphony Orchestra (TSO) since 2010. In addition to the TSO, David is a member of the TSO Brass Quintet, Tucson Pops Orchestra, True Concord Voices & Orchestra, and Monsoon Brass. He has performed as guest principal tuba with the San Diego Symphony and the Phoenix Symphony, and he has participated in the Aspen, Hot Springs, and Bay View Music Festivals. He has been featured as a soloist with the Tucson Symphony, Tucson Pops Orchestra, and Arizona Symphonic Winds.

​David hails from Vienna, Virginia, a suburb of Washington, DC. David studied tuba with Michael Bunn (Kennedy Center Opera House Orchestra) at the Shenandoah Conservatory; he earned a Bachelor of Music in tuba performance in 2003 and minored in bass trombone. He later began graduate work at Carnegie Mellon University where he studied tuba with Sumner Erickson of the Pittsburgh Symphony. He is married to Betsy Bright, TSO's 2nd trumpet, and they have two sons.