Khris Dodge is a versatile musician and accomplished educator who has devoted more than 30 years to the Tucson arts community. He currently serves as director of Jovert, Tucson High Magnet School’s steel band, and runs Khris Dodge Entertainment (KDE) which he founded in 2015 – a full-scale concert production company.

Khris earned his Bachelor and Masters of Percussion Performance from the University of Arizona, where he studied percussion with Gary Cook and piano with Jeff Haskell.  He spent 20 years as Principal Percussionist and Orchestra Manager for the Arizona Opera and played with the TSO, Tucson Ballet, and the Arizona Theater Company.  Khris has played for several Broadway National Tours and has conducted/music directed dozens of musicals for Tucson-based theatres.  He also music directed summer-stock for 5 seasons in Quogue, New York.
​
Khris commits his spare time and talents to the Tucson Arizona Boys Chorus, the Diaper Bank of Southern Arizona, and the Rotary Club of Tucson and likes to hike the many trails that surround Southern Arizona’s beautiful landscape.

Founded in 1939, the Tucson Arizona Boys Chorus is celebrating its 80th Anniversary. With over 100 boys between the ages of 6 and 20, it has earned the reputation as a premiere music education and performance organization. Through intensive training, the choristers’ educational experience includes an enriched study of choral music that imparts musical, social and leadership skills building self-esteem with a sustaining impact.
​
The Chorus has garnered accolades through performances on five continents and over 25 countries with highlight performances at the White House, Lincoln Center, Kennedy Center, the Beijing Institute of Culture, Russian Glinka Cappella, Sydney Opera House, Seoul Arts Center, The Great Wall of China, St. Peter’s Basilica and the Tabernacle in Salt Lake City with the Mormon Tabernacle Choir. It continues its pursuit of the highest artistic quality, citizenship and serving as Tucson’s Singing Ambassadors. 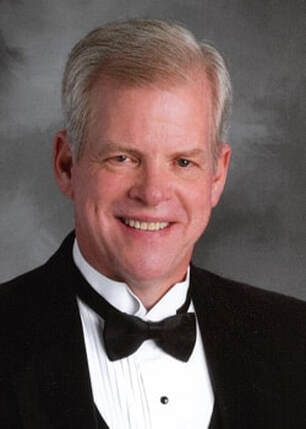 Director of the Tucson Arizona Boys Chorus since 1980, Julian Ackerley has achieved acclaim as an accomplished conductor and administrator of choral organizations. Dr. Ackerley served as the National Boychoir Repertoire and Standards Chair for the American Choral Directors Association and is a specialist in working with boys’ emerging voices. His chapter “Oh Brother! Success with Boy Singers” is published in Voices in Harmony, Youth Choir Leadership, Education, and Artistry. He was selected Choral Director of the Year by the ACDA Arizona Chapter.
​
Dr. Ackerley is an experienced teacher and received his doctor of musical arts degree from the University of Arizona with emphasis in music education, vocal performance and choral conducting. He has been a guest conductor and clinician for numerous choral festivals and All-State and through the years his choirs have received numerous prestigious invitations to appear in regional, national and international conferences and festivals.