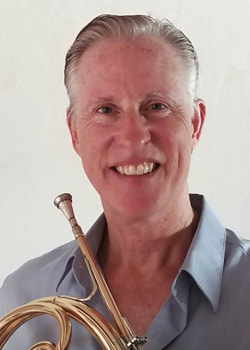 Gregory Helseth began playing Horn in his school band in 1972 and has since played in orchestras, bands and chamber ensembles across the United States, Mexico, France, Scotland, England, Germany and Brazil. His first jobs were Fourth Horn with the South Dakota Symphony, Sioux Falls, SD, and Second Horn with the Sioux City Symphony, Sioux City, IA. He then joined the Tucson Symphony in 1985 as Third Horn. In 1989 he left Arizona to play Principal Horn with the Omaha Symphony, Omaha, NE.

After 13 seasons, he and his wife, Lynn, moved to Allentown, PA, where he played Principal Horn with the legendary Allentown Band, and began his career as a Freelance Hornist. In 2004 he and his wife returned to Tucson where he has been the happy stay-at-home Dad for two girls.
​
Mr. Helseth has served as Adjunct Professor of Horn for The University of Nebraska at Omaha, The University of South Dakota, and The University of Arizona and was a featured soloist at the 49th International Horn Symposium (2017) He remains busy as Principal Horn with Lincoln’s Symphony Orchestra, Lincoln, NE, and as soloist, clinician, and on-call hornist in Southern Arizona.