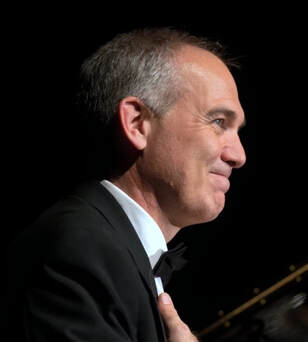 Khris Dodge is a versatile musician, educator, and Tucson arts advocate for more than 30 years. He was recently appointed Executive Director of the Tucson Jazz Festival and continues to serve as director of Jovert, Tucson High Magnet School’s steel band. In addition, he also runs Khris Dodge Entertainment (KDE), a full-scale concert production company. Educated at the University of Arizona, where he earned both his Bachelor’s and Master’s Degrees in Percussion Performance, Khris used the skills learned under Gary Cook – as well as jazz piano instruction from Jeff Haskell – to craft a versatile music career. Khris has played everything from orchestral percussion with Tucson Symphony and Arizona Opera (the latter of which he played with for 20 years) to keyboard for Broadway National Tours (Wicked, The Book of Mormon, Jersey Boys). Additionally, he has played featured performances at the Sedona Film Festival, Musical Instrument Museum, Austin Cabaret Theatre, and New York’s Metropolitan Room, to name a few. Khris also arranged and conducted Hot Stuff: A Symphonic Tribute to Donna Summer, which debuted in 2019. In his spare time, Khris works with the Tucson Arizona Boys Chorus, Diaper Bank of Southern Arizona, and the Rotary Club of Tucson. 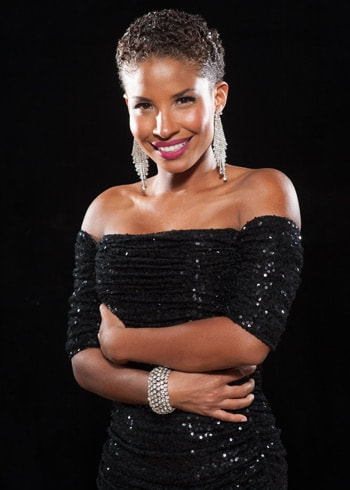 International performer and American Idol semi-finalist Crystal Stark lights up any stage with her powerhouse presence and megawatt smile. Her infectious energy and extensive range have captivated audiences across the nation. Crystal got her start singing in her hometown of Tucson Arizona, graduating Magna Cum Laude from the University of Arizona with a degree in Music Education. From there she went on to audition for the hit TV-show American Idol where she placed in the top 44 and toured with the show’s runner-up Katharine McPhee. Currently, Crystal has formed a partnership with Khris Dodge Entertainment, starring in many of the company’s hit shows including “To Ella with Love” (Ella Fitzgerald Celebration), “First Ladies of Song” (covering Billie, Aretha, Whitney, and Tina), Hot Stuff: A Tribute to the Music of Donna Summer, and “Whitney: A Tribute to Whitney Houston.” Crystal has also shared the stage with celebrities such as presidential candidate Bernie Sanders, trumpeter Rick Braun and beloved comedian Bob Newhart. Today Crystal enjoys a full performance calendar that reflects the diversity of her wide-ranging talents. In addition to fronting the Crystal Stark Band, which plays at venues around Arizona and for corporate functions, she sings with a myriad of groups and production companies throughout the United States and abroad. 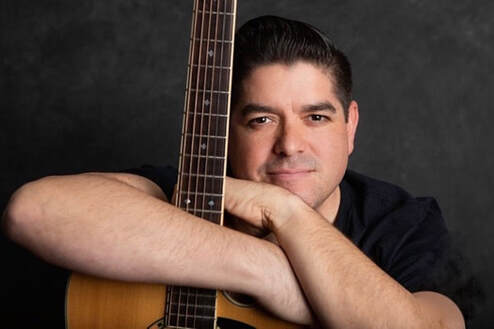 Chach is originally from Napa, California and has performed in 46 states and 13 countries. For almost 10 years, he lived in NYC as a professional singer/actor appearing and touring in a number of shows including Forever Plaid. While in NY, Chach was a member of the jazz a cappella group Pieces of 8 and recorded two albums. In Tucson, he has been seen singing with On Broadway, Lonely Street Productions, Arts Express, Mr. Bing’s Supper Club, and The 4Gents. Favorite roles include Enjolras in the Arizona Onstage Production of Les Misèrables and roles at the St. Francis Theatre Foothills. Chach directed A Christmas Survival Guide and will be directing a production of Godspell in spring of ’18 at St. Francis. Additionally, he can be seen around Tucson judging various vocal competitions for Arts Express. Last summer, he directed and starred in a successful run of I Love You, You’re Perfect, Now Change with the Roadrunner Theatre Company (MAC Nominations for Best Musical, Best Director and Best Actor) and he just finished directing and starring in Triumph of Love, also at RTC. Chach has a Vocal Performance degree from NAU and currently is the choir and drama teacher at Flowing Wells Jr. High School. In 2013, he was named a Top 5 Teacher of the Year for Arizona and this year last year he was named Latino Teacher of the Year for Arizona. Much love goes to his family Julia, Gabriel and Jodi Darling. 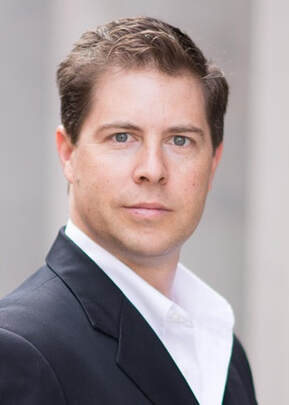 Matthew, originally from Fargo, North Dakota, has a performing and directing résumé that spans the concert stage to the sound stage. He holds degrees in music and education from The University of Arizona and Washington State University. Mr. Holter teaches with Opening Minds through the Arts, the pioneering arts integration department of Tucson Unified School District and is the Coordinator and Mentor Teacher of Choral Music as well. Additionally, he continues to maintain an extremely active performing career at home and abroad with groups such as True Concord and The 4GENTS and is the Music Director at St. Thomas the Apostle church in Tucson. Matthew lives in Tucson and enjoys his time with his wife, Victoria, and their five children. 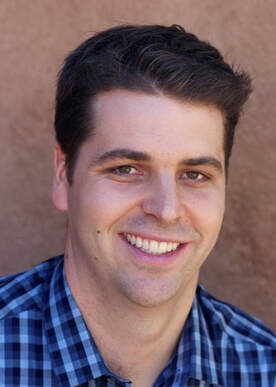 Tyler Wright studied musical theater at Brigham Young University for three years before pursuing and graduating with a degree in computer science. He now finds opportunities to perform around Tucson wherever he can. Tyler most recently received MAC and Carmen award nominations for SAPAC's productions of Hot Mikado and [title of show]. He also produced, directed, and starred in Gutenberg! The Musical! which received a MAC award nomination for Best Musical in 2018. Other favorite credits include Godspell, Triumph of Love, and Les Misèrables. Tyler regularly performs with many other Tucson performing groups including The Gaslight Theatre, Khris Dodge Entertainment and Alex Mack Music.