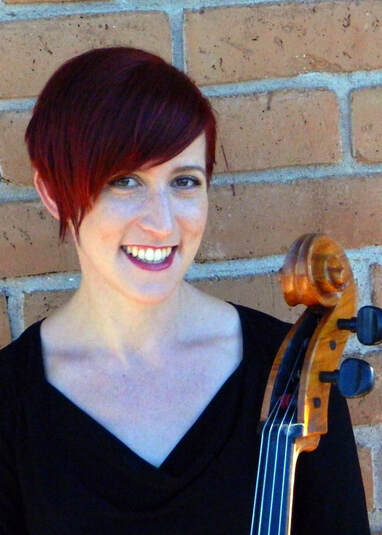 Anne maintains a full private cello studio in Tucson and has worked as a teacher and clinician with many local schools and music programs including Pima Community College, Tucson Junior Strings, and Chamber Music in the Mountains. A native of Indiana, Anne graduated as valedictorian from Interlochen Arts Academy and received Bachelor of Music and Master of Music degrees and an Orchestral Studies Diploma from Eastman School of Music, where she studied with Alan Harris

Jessica Campbell has played third bassoon and contrabassoon with the Tucson Symphony Orchestra since 2008 and also performs with The Tucson Pops, the Arizona Opera, True Concord, and the Phoenix Symphony. As a soloist, Jessica has had the pleasure of performing the Mozart Bassoon Concerto (movement 1) with the Tucson Repertory Orchestra, the Gordon Jacob Bassoon Concerto with the Southern Arizona Symphony Orchestra, and Carl Maria von Weber’s Andante e Rondo Ungarese with the University of Arizona Philharmonic Orchestra.
She received the Bachelor of Music degree from Columbus (GA) State University and the Master of Music degree from Florida State University, where she served as a teaching assistant. She currently teaches PreK through eighth grade at St. Elizabeth Ann Seton Catholic School and teaches a studio of bassoonists and contrabassoonists in southern Arizona. Jessica maintains a bassoon/contrabassoon reed-making business with customers around the globe through her Etsy shop as well as Singin’ Dog Reeds. She also frequently coaches the Tucson Philharmonia Youth Orchestra bassoon section.
Jessica and her fiancee, Ben Yingst, have four cats: Belvedere, Iridessa, Pterodactyl, and Hank. Jessica and Ben enjoy playing on a bowling league together in their spare time